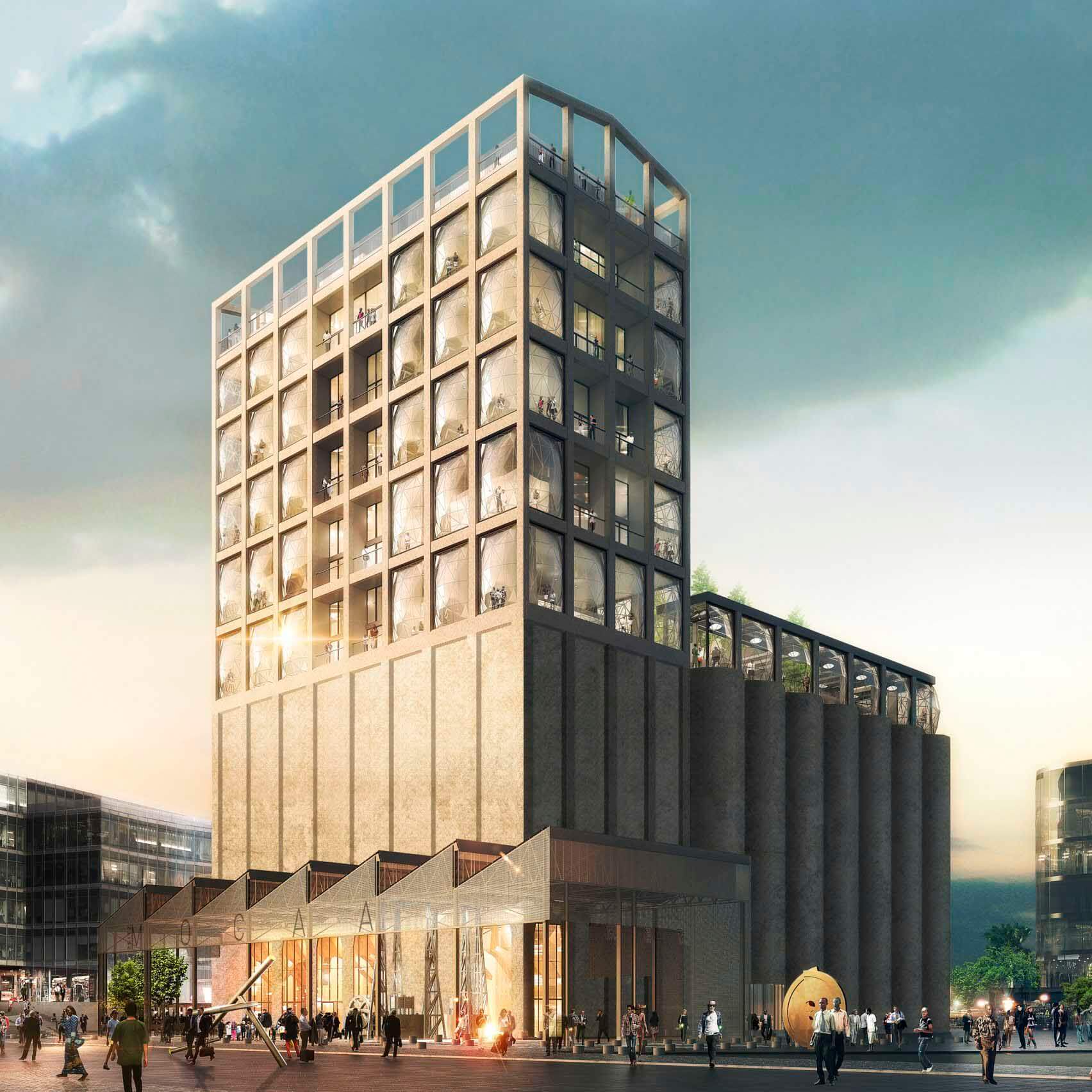 An art museum in a hollowed-out grain silo, South Korea’s answer to the High Line and a high-rise inspired by Chinese landscape paintings are among the best buildings set to complete in 2017, selected by Dezeen editor Amy Frearson. 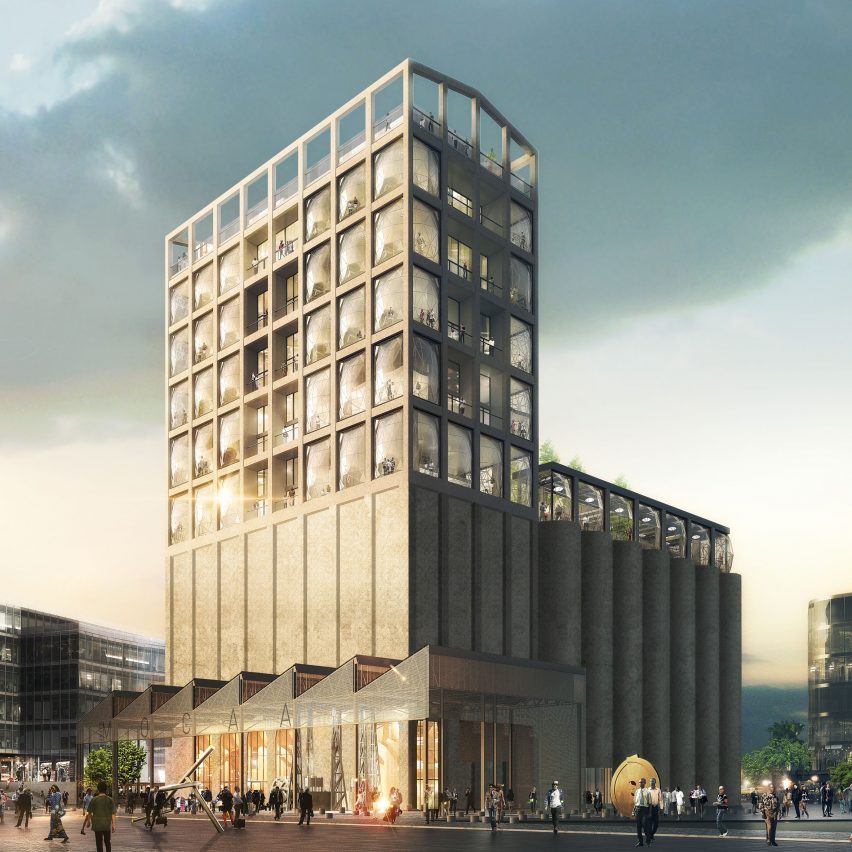 Thomas Heatherwick’s London-based studio is creating a museum of contemporary African art in Cape Town, by hollowing out sections of a historic grain silo – a structure containing 42 vertical concrete tubes.

The Zeitz Museum of Contemporary Art Africa, or Zeitz MOCAA for short, will contain no less than 80 galleries, and will form part of the V&A Waterfront complex. 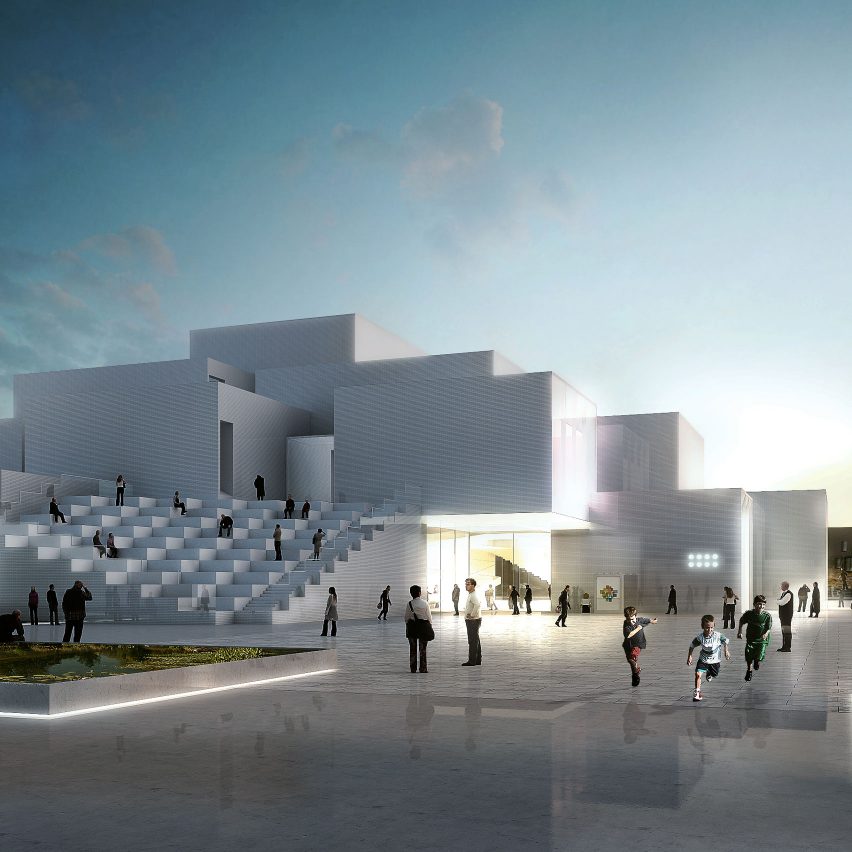 BIG’s new visitor centre for Lego, located in the company’s home town of Billund, is designed to look like a stack of the famous plastic bricks.

Studio founder Bjarke Ingels said he used the basic two-by-four Lego brick as a design tool. The completed building will contain exhibition spaces, a cafe and a shop, plus a series of public roof gardens. 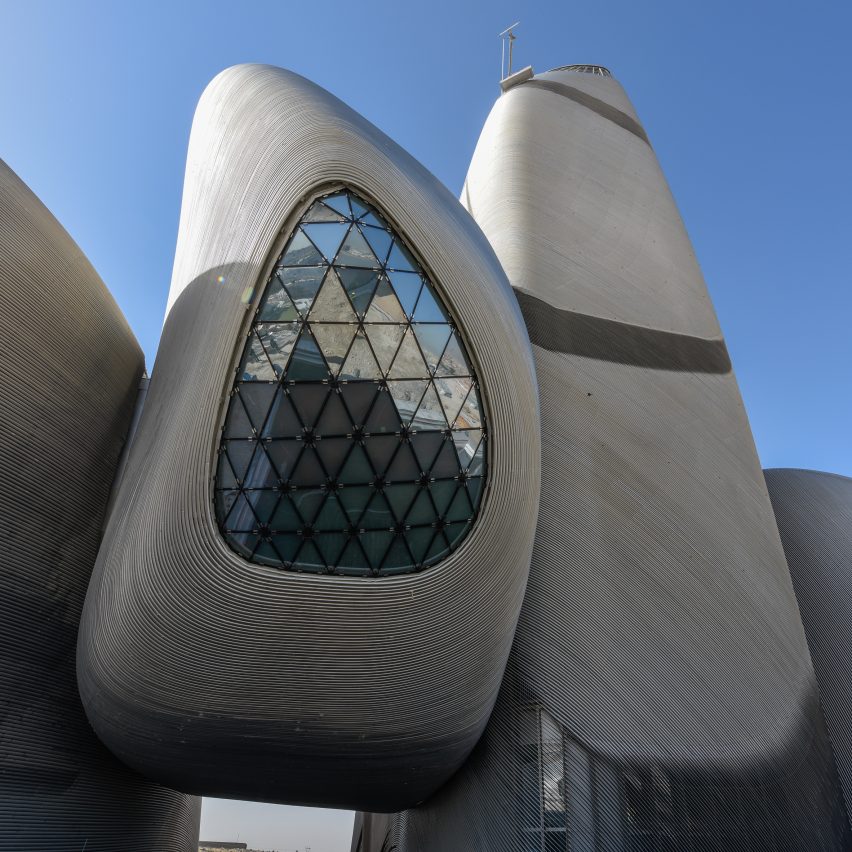 One of Snøhetta’s biggest projects so far, the King Abdulaziz Center for World Culture will contain 100,000 square metres of cultural facilities, including an auditorium, cinema, library, exhibition hall, museum and archive.

Photos of the nearly complete structure have already emerged, revealing the bulbous, metal-pipe clad forms of its exterior. But the building won’t be open for visitors until the second half of 2017. 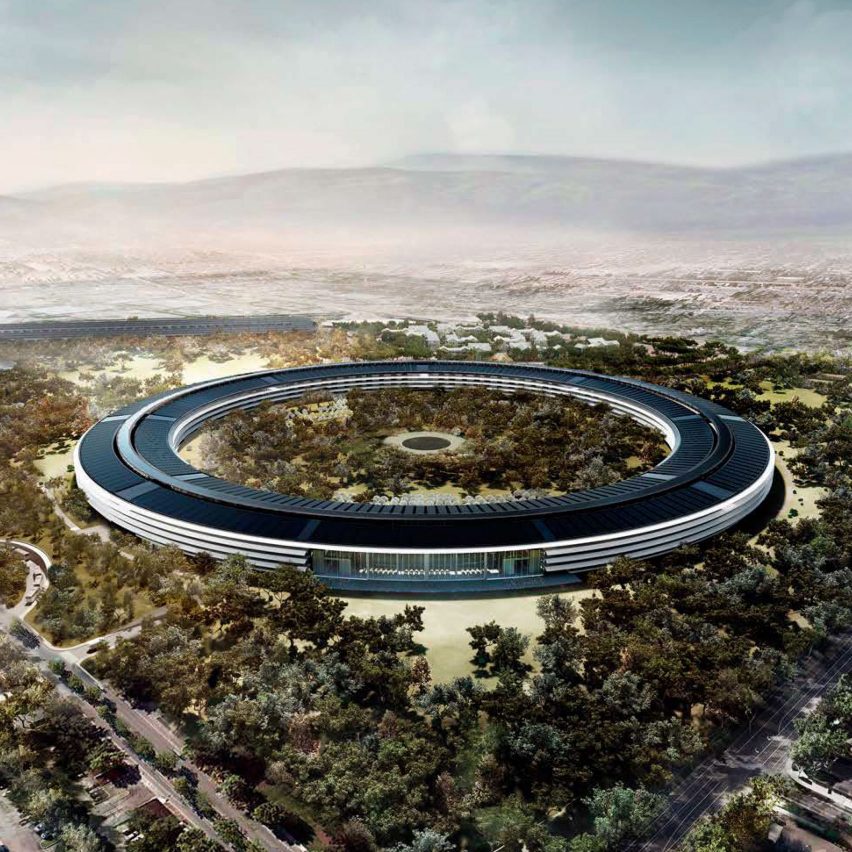 Over six years after Norman Foster’s firm first unveiled its design for a new Cupertino campus for Apple, the huge hoop-shaped complex is preparing to open its doors for the first time.

The Apple Campus 2 will contain research and development facilities and offices, a company fitness centre, a cafe and a 1,000-seat auditorium, all expected to promote creativity and collaboration among staff. 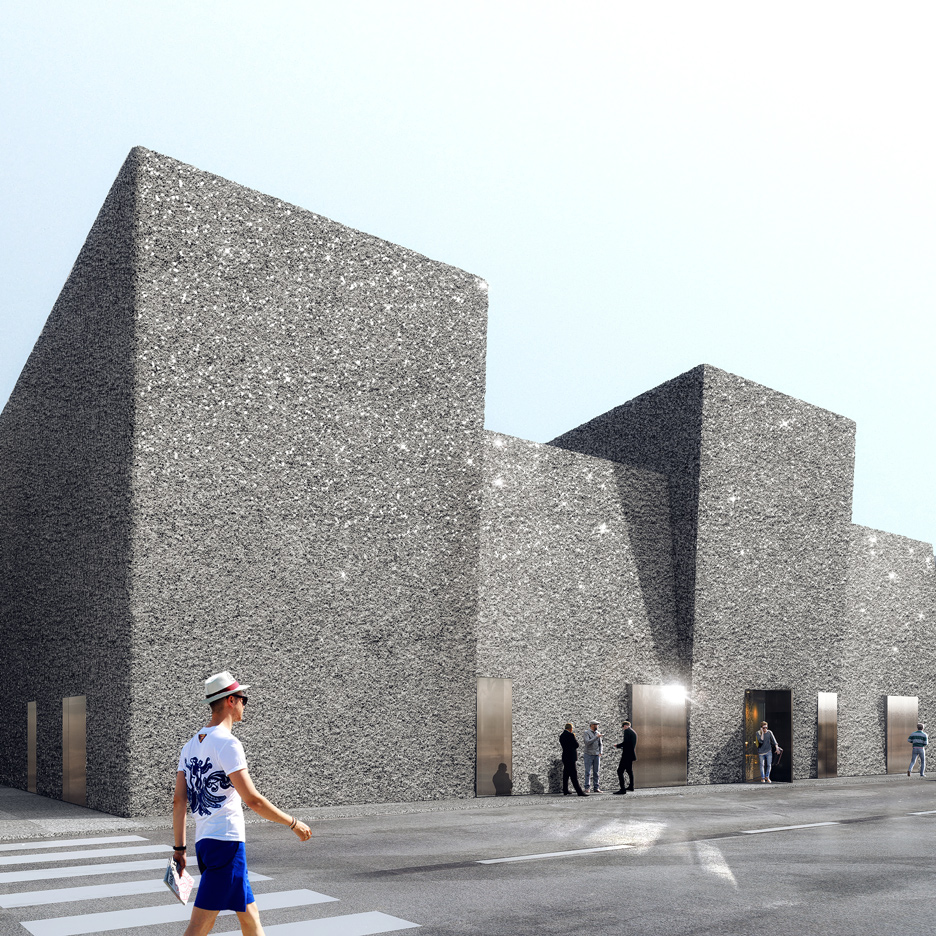 Rem Koolhaas’ firm will unveil its first project in Dubai this year – a cultural centre that will host large-scale public events, art exhibitions, performances and conferences.

The project involved transforming a set of four warehouses, giving them a new spray-on concrete exterior. Inside, four eight-metre-high moveable walls will rotate and slide to allow for different spatial configurations. 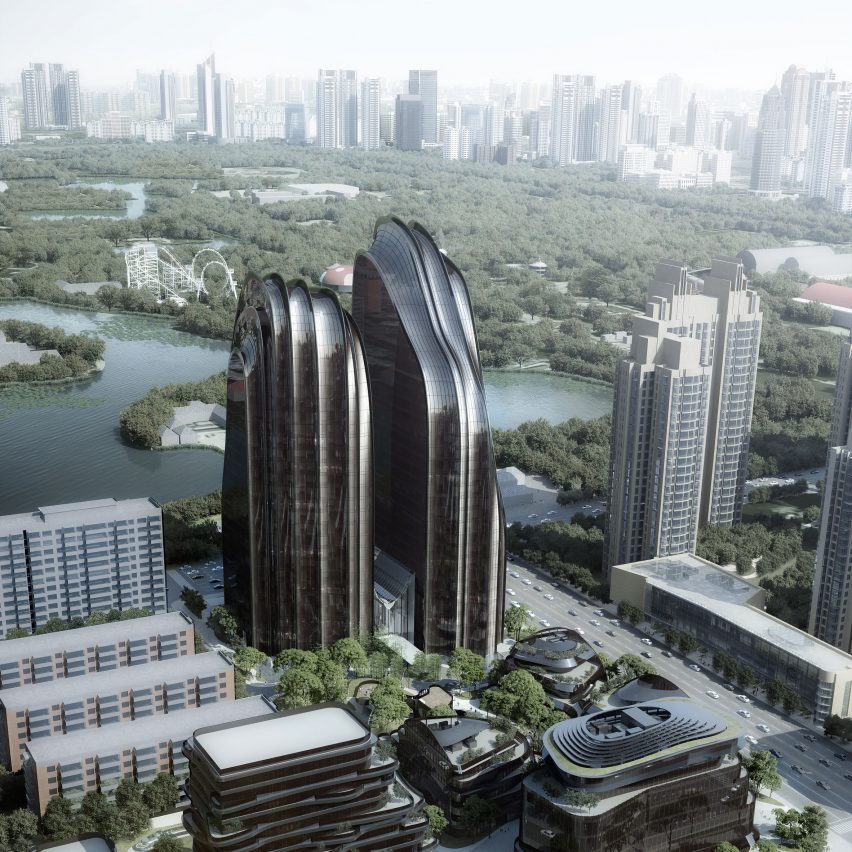 For the past few years MAD founder Ma Yansong has been presenting his concept for a «shan-shui city» – an urban development inspired by the forms depicted in traditional Chinese landscape paintings. But in 2017, he will reveal the first built example in Beijing.

Chaoyang Park Plaza is a complex of skyscrapers, office blocks and public spaces, all designed to resemble mountains, hills and lakes. 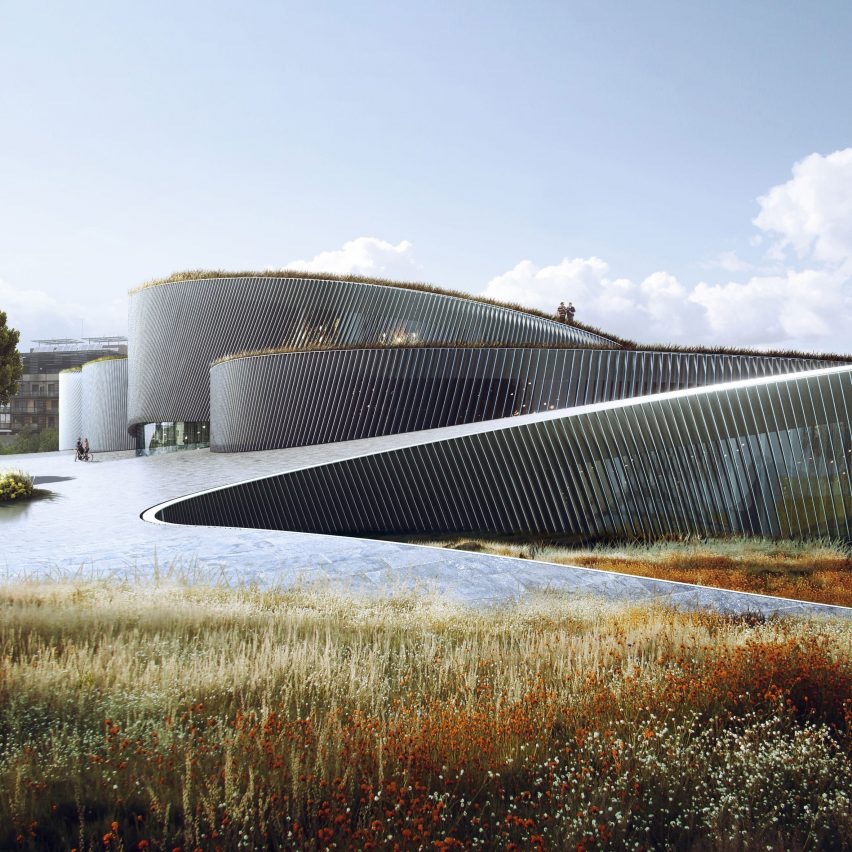 Museum of the Human Body, France, by BIG

As well as the Lego House, BIG will also open a museum in Montpellier in 2017, which will look at the human body from an artistic, scientific and societal point of view.

The 7,800-square-metre building will comprise eight curved interlocking spaces, with roofs sloping up from the ground in alternate directions. Some will be paved, while others will be covered with turf. 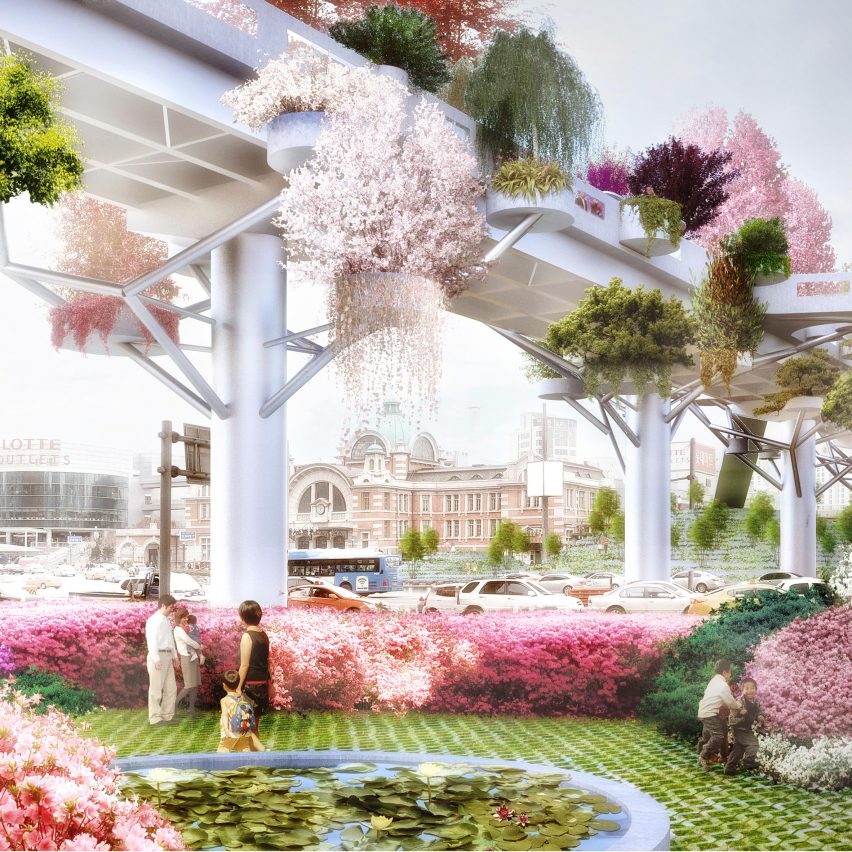 Since New York’s High Line elevated park first opened in 2009, it has inspired dozens of similar proposals all around the world – but one of the first to complete will be this one by MVRDV, which will transform an elevated road in Seoul into a public park.

Previously set for completion in 2016, this cultural complex will now open in 2017. Sandwiched between Beijing’s Forbidden City and a shopping district, it will provide a headquarters for China’s oldest art auction house, plus galleries, event spaces and a 120-room hotel.

Its lower levels will appear as a cluster of small blocks, matching the scale of the old hutong neighbourhoods, while a large hollow structure dubbed the «floating ring» will be raised up on top. 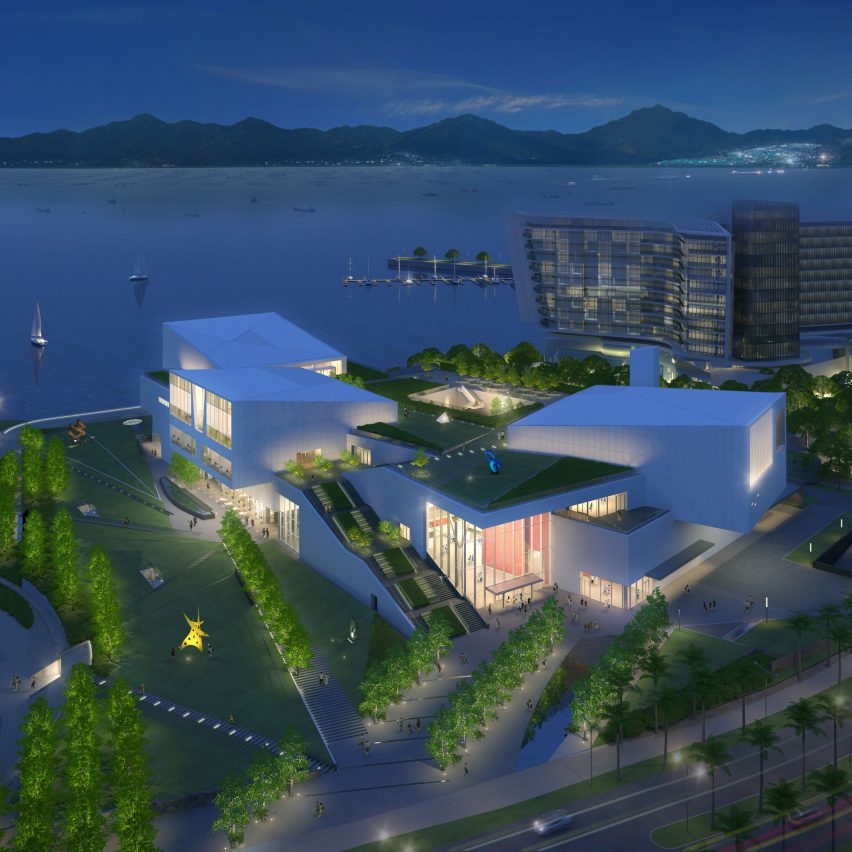 The V&A also opens a second project in 2017 – a museum in Shenzhen, created in partnership with developer China Merchants Group.

Zaha Hadid’s only house finally completes in Russian forest
New photographs and a movie reveal Zaha Hadid's only completed private residence – a house in the Barvikha Forest near...
24 Me gustaDeja un comentario

Living the High Life at the Mushroom House
Peering out of the tree-tops in Pittsford, New York is a collection of pods whose aesthetic falls somewhere between Alice...
24 Me gustaDeja un comentario