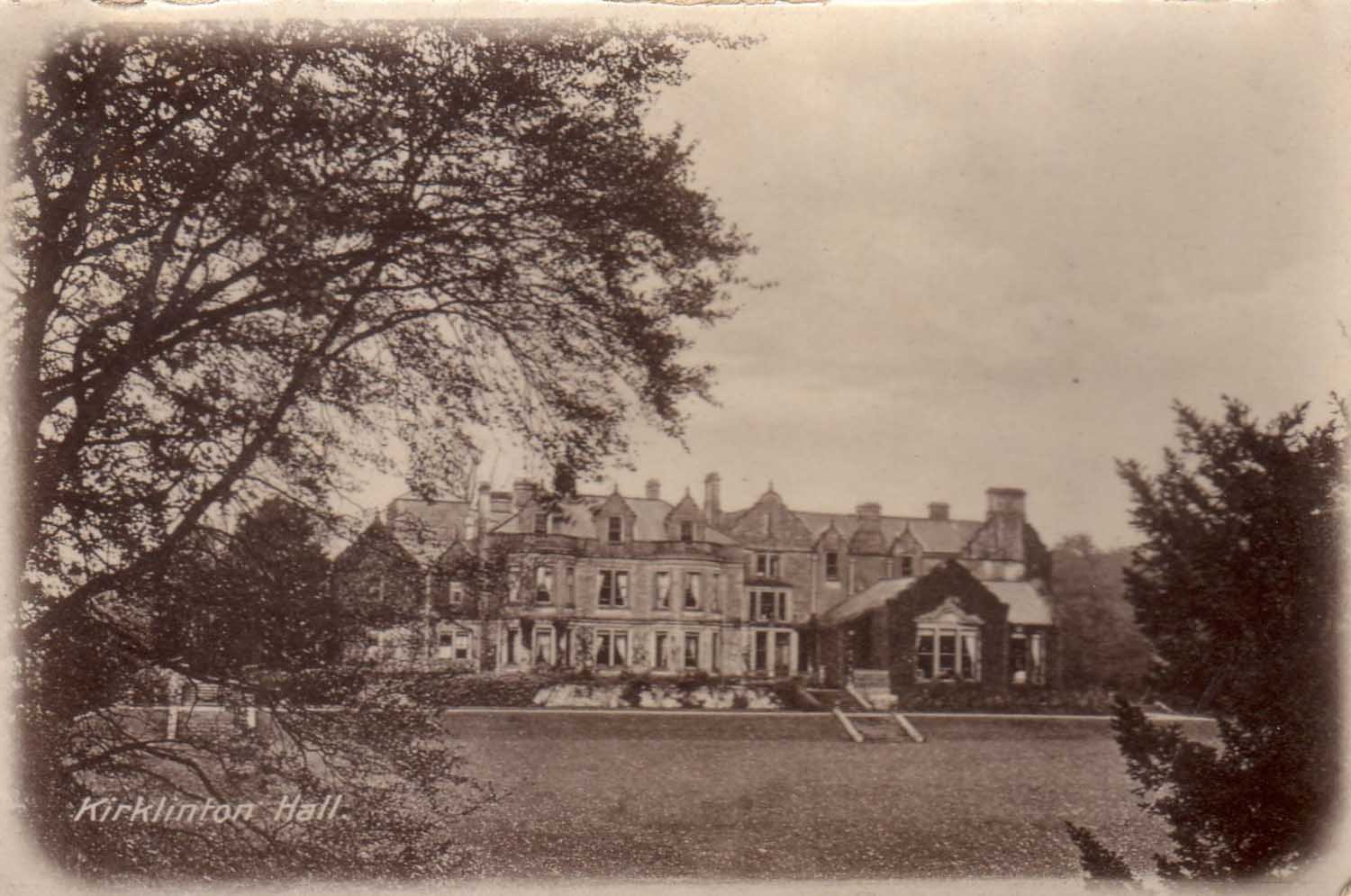 How to save a ruin? It’s a question that’s been on my mind lately since I discovered a derelict 17th century château just outside of Paris, which could soon be beyond saving. So when I came across the story of another 17th century historic ruin across the channel in England, arguably found in much worse shape than our chateau, but on a path to resurrection, well, I thought it might be worth sharing; spreading a little hope for the impossible… Just a few years ago, Kirklinton Hall was what you might call a lost cause, following after a long and drawn-out period of decline. Already unsaleable in 1937, it was let out for most of the interwar period, requisitioned during WWII by the RAF, converted into flats post-war, before finding life as a notorious casino in the 1960s. Known as ‘The Borders Club’, London gangsters, including the infamous Kray twins, would arrive regularly at the casino and nightclub by private plane. Local farmers would also gamble away their land in a single night. There was a glass-floored ballroom and exotic dancers to complement the ground floor casino, as well as a luxurious brothel upstairs. When the casino owner lost his license, the hall was abandoned and left vulnerable to vandalism. By the 1970s, Kirklinton had already lost its roof and an application was even submitted to demolish the hall. Thankfully it was refused and the property was Listed Grade II in 1974. In the 80s and 90s, a reclusive geese farmer lived in a caravan next to the house as it continued to decline, reaching an advanced stage of dereliction. The vagabond farmer did however install some concrete joists above windows in the 17th Century house, without which the walls would, by now, have collapsed. Kirklinton Hall Up for Sale by auction in 1937. The estate was sold, however, the hall and grounds did not sell.

In the new millenium, a property developer began plans for a restoration, but was caught in the property recession and went bankrupt, putting Kirklinton up for auction once again. Enter Mr. & Mrs Boyle. Both Christopher Boyle, an appointment member of the Queen’s counsel (a barrister specialising in town & country) and his wife can trace family connections to the land as far back as the 13th century. And it is this pair who have offered up their time and money to rescue a roofless ruin with a wildly overgrown garden from further inappropriate development schemes. “People scoff, and say it needs millions; but you just have to not think of it in those terms, because if you do you would never start.” To restore this historic home, Boyle admits it will take decades. But he’s in no rush. This is his passion project in which he seeks to recapture the spirit of a 17th century garden and restore the estate to a family home that can also be shared with the public. Rather than looking to national heritage lotteries to get started, the Boyles are getting stuck in themselves, soiling their tweed and swapping brogues for wellies. Boyle told The Telegraph that ‘if he’s going to struggle with intractable obstacles, he would rather they were rocks, tree roots and buried rubbish than British bureaucracy’. The Boyles have already cleared the old house of rubble and 40 year-old trees, stabilised the walls, re-roofed outbuildings and made incredible progress on the gardens that were obliterated by four years of neglect.

The Boyles are in no hurry. This is what they do for fun. (I’ve recently discovered gardening myself and can confirm the delights of floriculture. In the meantime, we’re invited to share their journey. Whether you want to volunteer, have a picnic in their gardens, attend a summer festival or host your own event– the doors of Kirklinton Hall are open. Lying on the frontier zone between England and Scotland, Kirklinton Hall as an open ruin makes one heck of an impressive space to hold an event. Ideal for anyone with a passion for historical ruins (that’s us), the 17th century hall has been gently adapted with flooring, lighting, heating and a clear ceiling so that the rustic ruin stands proud. Weddings are currently Kirklinton’s bread and butter to help the restoration efforts. Newlyweds can even stay overnight in a luxurious Yurt for their wedding night, equipped with a log burner, mini kitchen and comfy beds. Guests can camp overnight too. If you’d like to enquire about events or weddings it’s here, visiting the gardens here and volunteering here. There’s an open May Fairy Day on the 31st May and music festival in June. A paradise lost and found– and proving that hopeless ruins can be saved, it’s just a matter of who. Here’s hoping our French fairytale ruin can find its own Mr & Mrs Boyle.