They used to call her the ‘Sleeping Beauty’, but – though she’s hit the snooze button a few times – Bordeaux is now wide awake and ready for action. The new LGV Sud-Ouest line, due for completion in mid- 2017, connects the city with Europe’s high- speed train network and cuts travel time from Paris to just two hours. Its timing is perfect. The recently opened Cité du Vin continues the impressive redevelopment of the Garonne riverfront with a state-of-the-art wine-lovers’ experience, and the city’s gastronomic revolution keeps building on its own success. She’s going to skip breakfast: all aboard for Bordeaux’ grande bouffe! 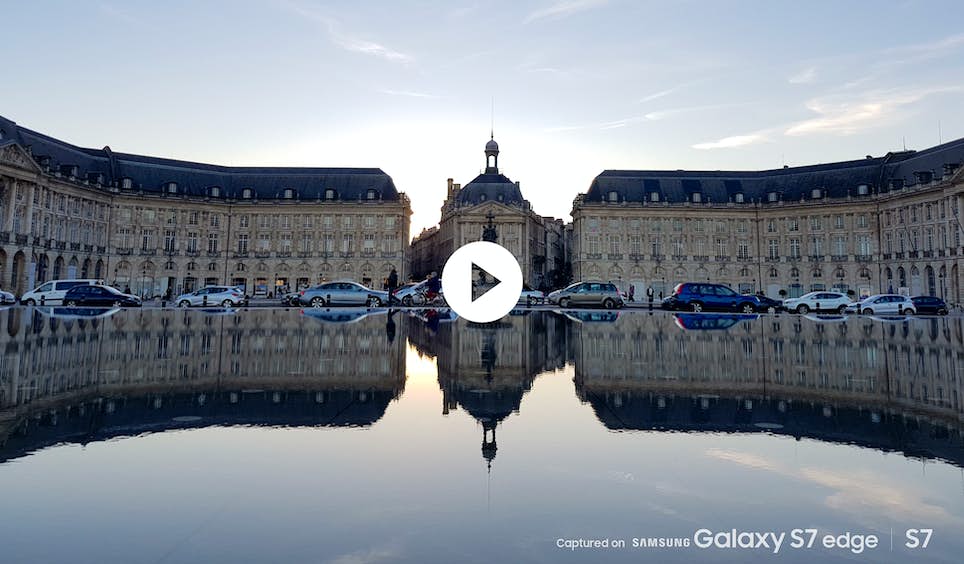 Cape Town’s deceptively laid-back folk have been working hard to add cultural and culinary cred to the Mother City’s famous natural charms, cementing its reputation as an African city with a global outlook. Local gastronomy is as impressive as Table Mountain’s flat-topped mass, with historic wine estates in every direction, hip markets selling the fruits of the Cape’s fertile terrain, and inventive restaurants winning global plaudits. The art and design scene will be given a boost in September by the opening of the Zeitz Museum of Contemporary Art Africa (MOCAA), the world’s largest museum of contemporary African art and a post-industrial architectural marvel occupying a century-old grain silo. 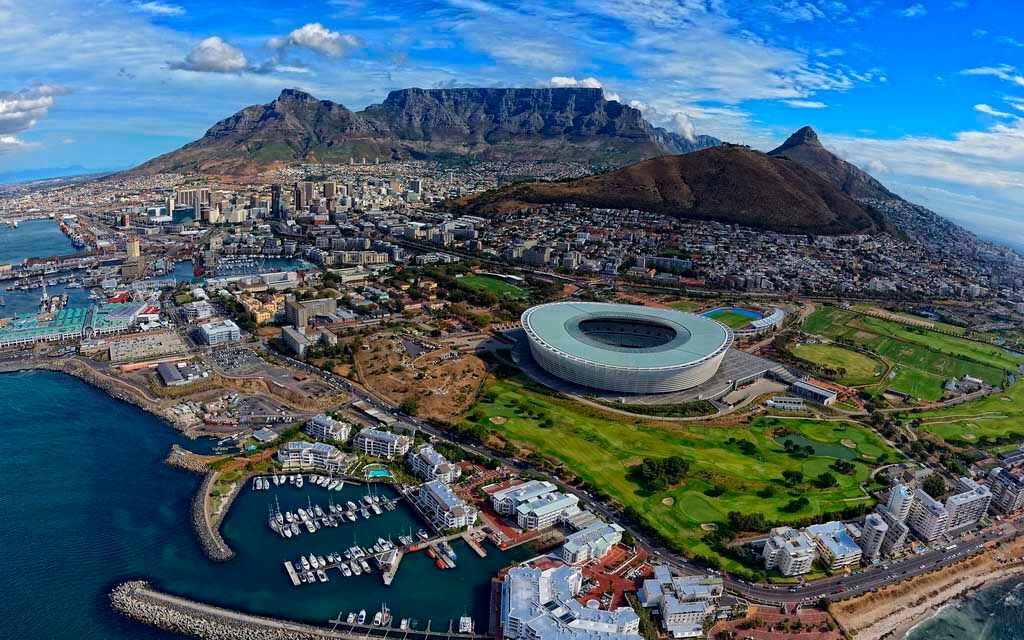 Despite its reputation as a land of celebrities, health fanatics and all-around superficiality, LA has been gaining steam as a cultural destination while becoming more accessible than ever. The 2016 Metro expansion has made getting from Downtown to Santa Monica and everywhere in between much easier; city initiative Car Free LA helps tourists navigate without wheels; and almost 50 new hotels are in the works. This isn’t just a beach town, either; it’s a commerce capital, where movie producers and finance types mingle over sashimi and kale salads. East Coasters are moving here in droves for the sunshine and a more sustainable lifestyle. 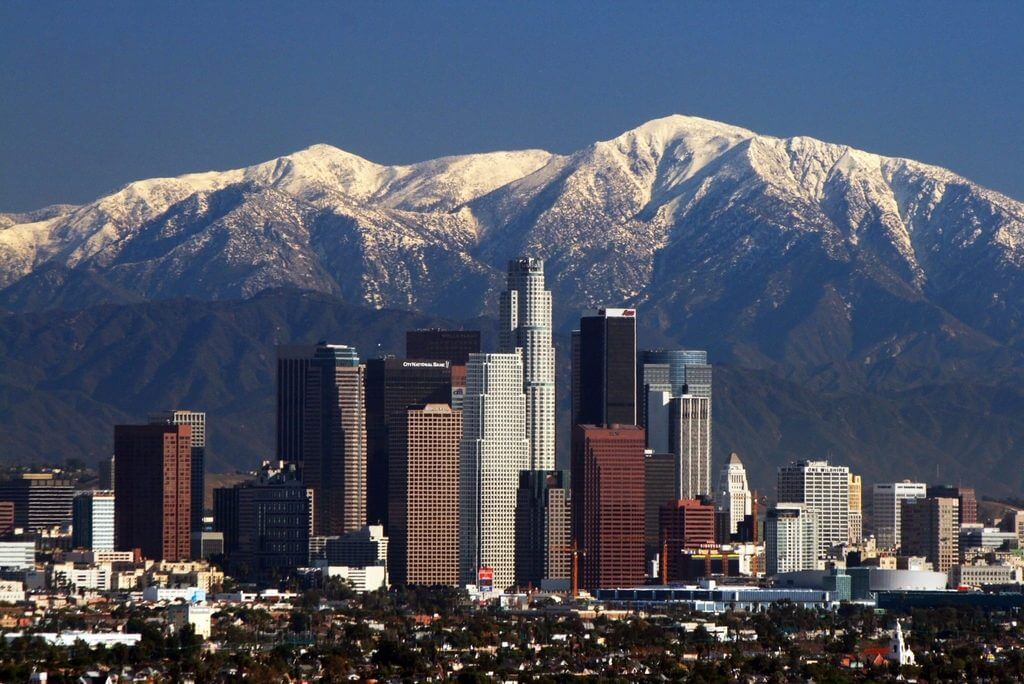 Get under the skin of LA

Mérida’s cultural offering is like no other on the Yucatán Peninsula (sorry, Cancún, you’ve got pretty beaches, but party culture doesn’t count). On any given day you’ll find a dizzying array of live music, art shows and dance performances, and the booming culinary scene is hotter than a Habanero pepper. This year Mérida has been designated the American Capital of Culture, meaning visitors can expect a ginormous cultural extravaganza as organisers stage a series of large-scale events throughout 2017. And here’s the kicker: the so-called White City ranks among the safest places in Mexico nowadays. 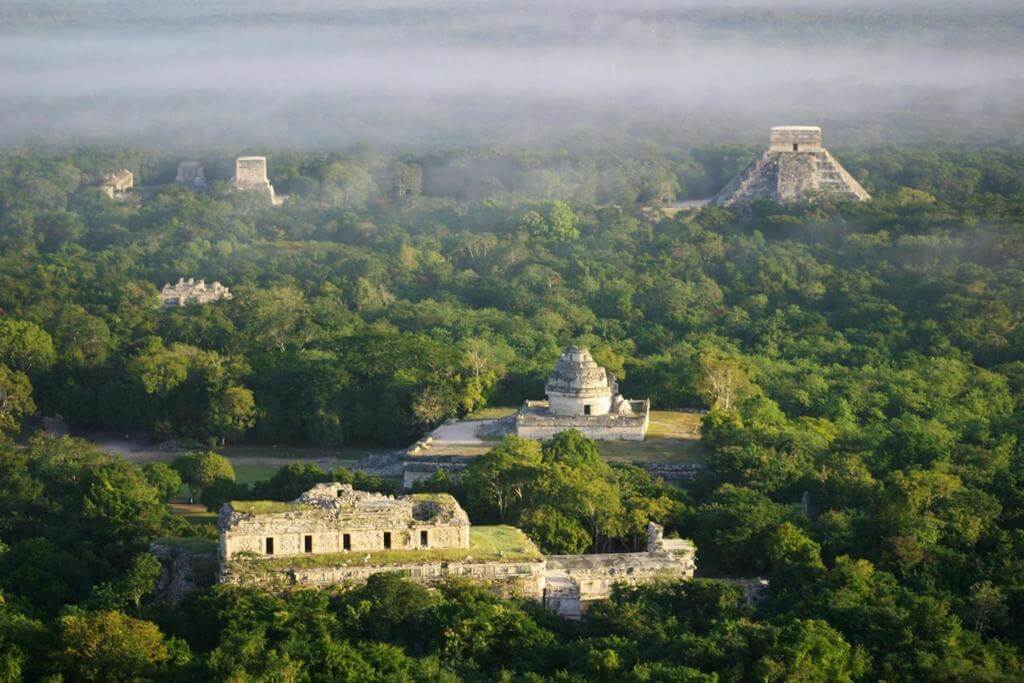 Gorge on culture and cuisine in Mérida

Overlooking the extraordinarily blue waters of its eponymous lake, Ohrid enjoys a stunning position that is best viewed from a boat. From the water you’ll see the town’s terracotta roofs broken up by centuries-old church spires (the city claims once to have had 365) and overlooked by the turreted walls of Car Samoil’s Castle. Ohrid has transformed itself from Macedonia’s religious centre to its busiest holiday resort, and its beaches are the best by far in this otherwise landlocked nation. However, a planned new lake-shore development will likely change this sleepy town forever, making now a great time to go. 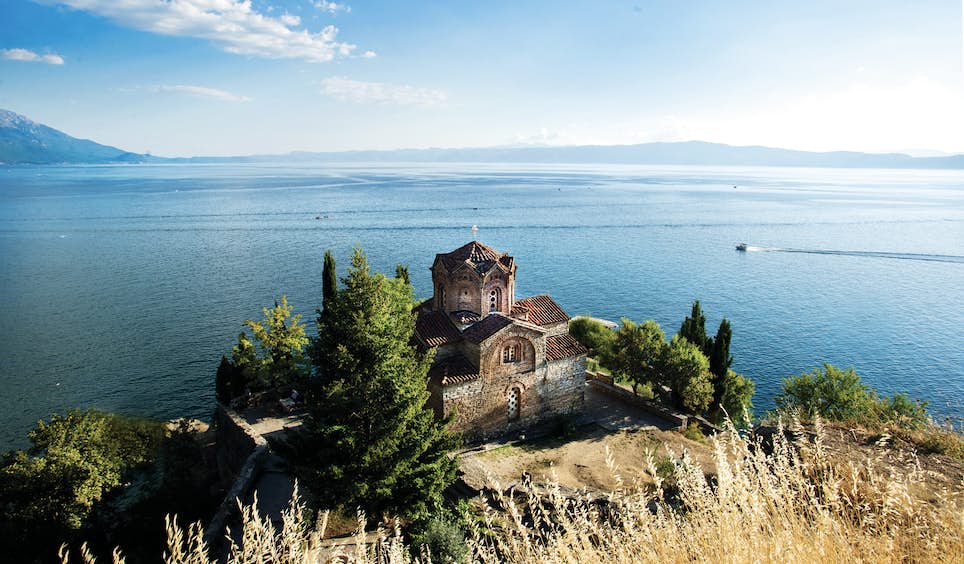 People sometimes refer to Pistoia as ‘little Florence’ for its concentration of art and architecture. And yet, despite its charms, this Tuscan town sees just a fraction of Florence’s tourists. That’s set to change in 2017, when the city will take its turn as Italy’s Capital of Culture. Pistoia earned the title in recognition of its impressive cultural credentials and devotion to grass-roots ideas and local entrepreneurship. In return, the award offers the city an opportunity to showcase an alternative side to Tuscany: one that eschews grand-slam sights in favour of thriving small towns full of personality and dynamic, living culture.

Dodge the crowds in Pistoia 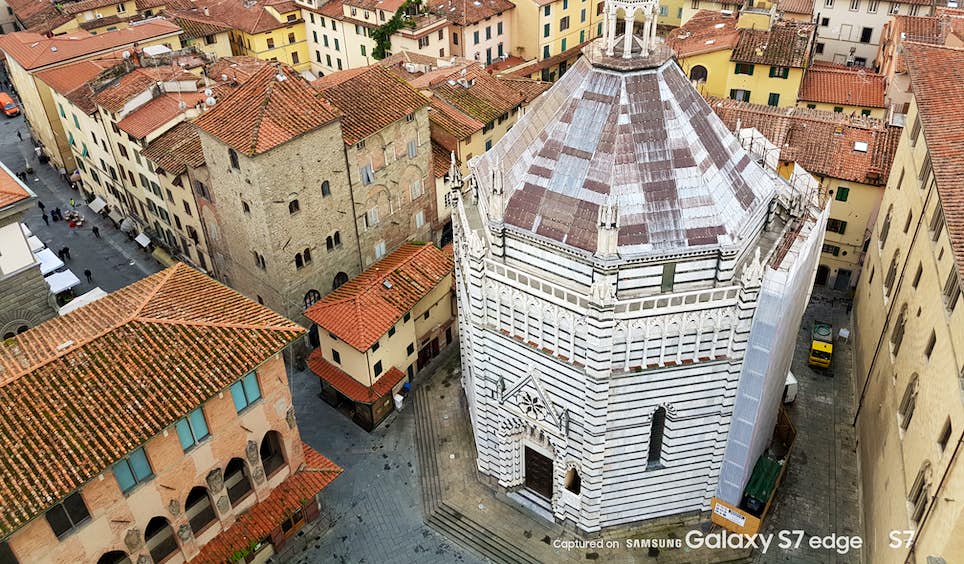 For over a decade Seoul has been striving to become a greener, more attractive and user-friendly metropolis. Following on from successful projects such as the Cheonggyecheon, where an aging elevated highway was torn down and replaced with a central park and waterway, the city will unveil in the latter part of 2017 the Seoul Skygarden. This time, the old highway in question – a 938m-long, 17m-tall overpass next to transport hub Seoul Station – will become the platform on which trees, shrubs and flowers will be planted to create an arboretum of local species.

See the urban future in Seoul 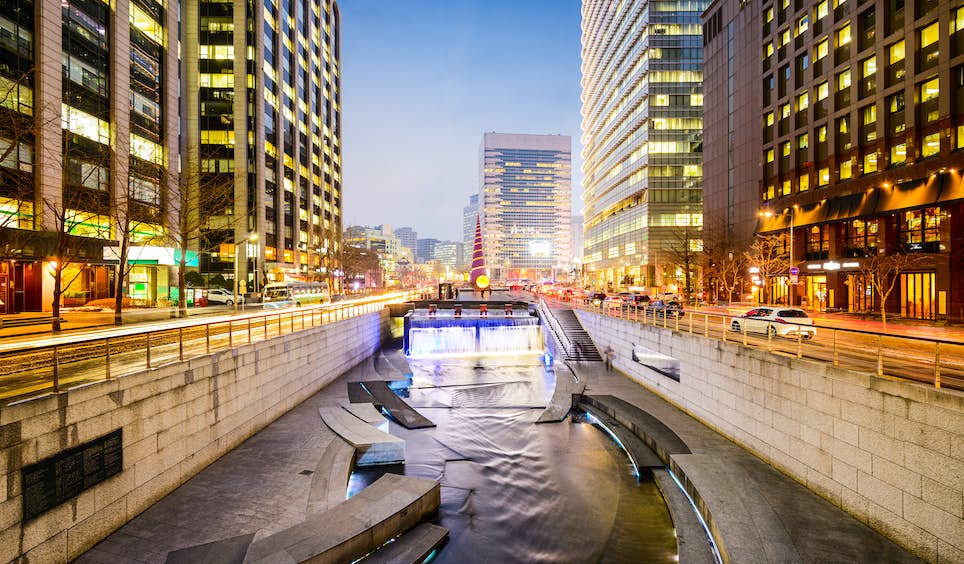 It’s got sights, culture and cuisine, yet Lisbon’s rarely mentioned alongside southern European heavyweights such as Barcelona or Rome. If this mystifying lack of recognition is what helps the Portuguese capital remain a bargain, long may it continue. Add the weakness of the euro, and the city looks like an unbeatable deal. Should you need more persuasion, though, consider the museums: from Egyptian artefacts at Museu Calouste Gulbenkian to pop art at Museu Colecção Berardo, Lisbon groans with them, but the appetite appears unsated: a museum devoted to the history of Judaism in Portugal is coming to the Alfama district in 2017. 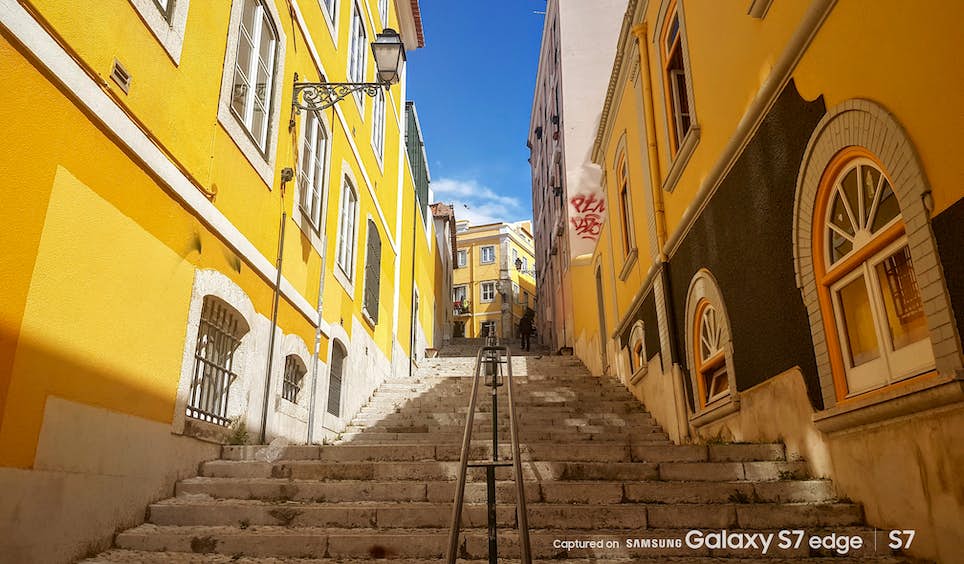 Russia may not have revealed all its Revolution-centennial plans, but it’s as clear as a crenellated Kremlin façade that there will be radical changes in Moscow. The city will host football matches in the 2017 Confederations Cup and the 2018 FIFA World Cup, so the race is on to bring an inkling of the ultra-modern to a metropolis renowned for bombastic architecture. The new Ramenskoye Airport and a new metro line will mean an all-time high in the city’s connectivity, and Moscow will gain a blockbuster attraction in the Polytechnic Museum and Educational Centre, relocated to a dramatic building in the Vorobyovy Gory hills. 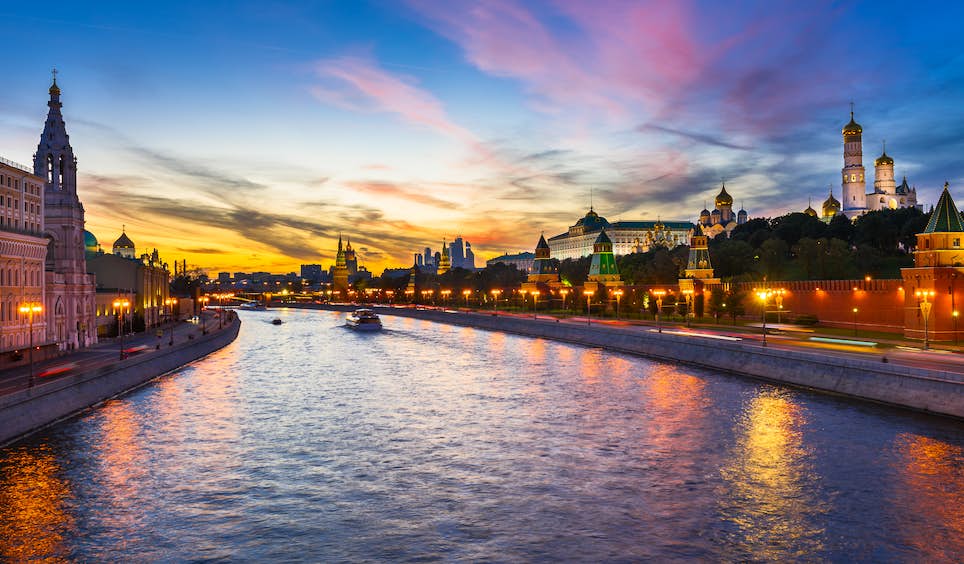 Portland doesn’t try to impress anyone and so impresses everyone. It’s America’s city of the future: a friendly, sustainable, ethical place that values good living and leisure over acquisitiveness and ambition. Bisected by the Willamette River and surrounded by peaks, it is also a preternaturally attractive place. What better spot could there be for viewing one of nature’s great spectacles: the solar eclipse of 21 August 2017. Although the eclipse will be partial in Portland, drive a few miles south into the Willamette Valley or hike up Mt Hood and you’ll be cast in the moon’s deep umbra between 9.06am and 11.38am (PDT). 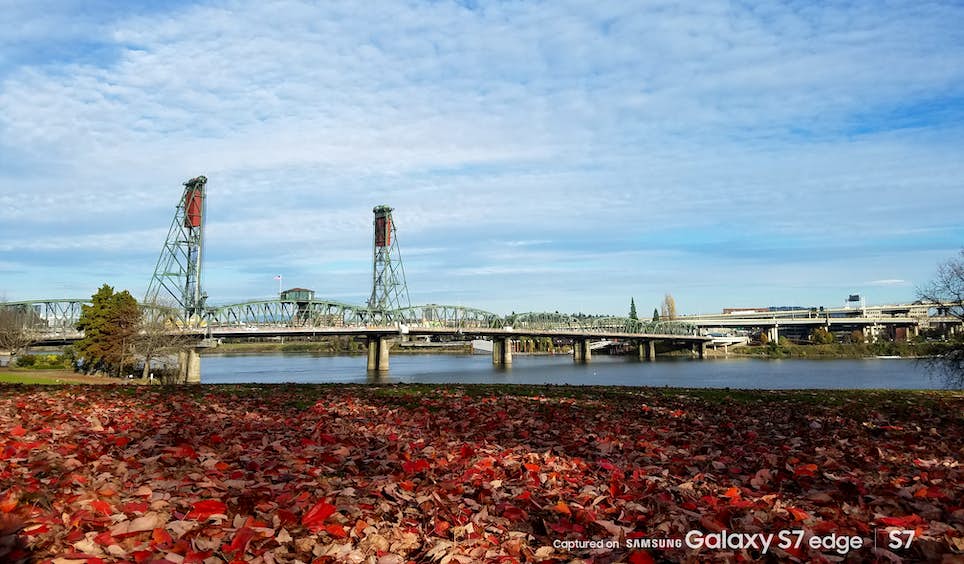 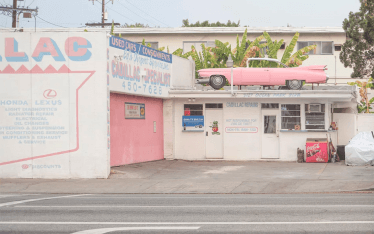 Now That, Is How You Fall in Love with LA
There’s nothing more LA than trying to be a million things at once. In one afternoon, Angelinos can go from...
59 Me gusta 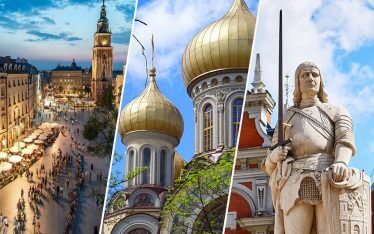