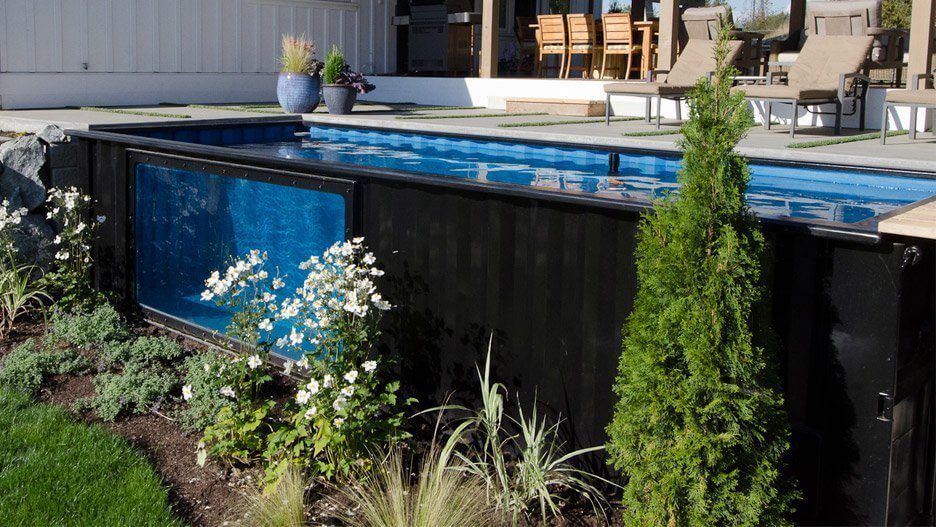 Canadian company Modpools has converted standard, metal cargo containers into pools and jacuzzis that can be installed above or below ground.

Modpools was founded by husband-and-wife team Paul and Denise Rathnam, who had worked in the modified shipping container industry for years. The first Modpool was released to the public in March. 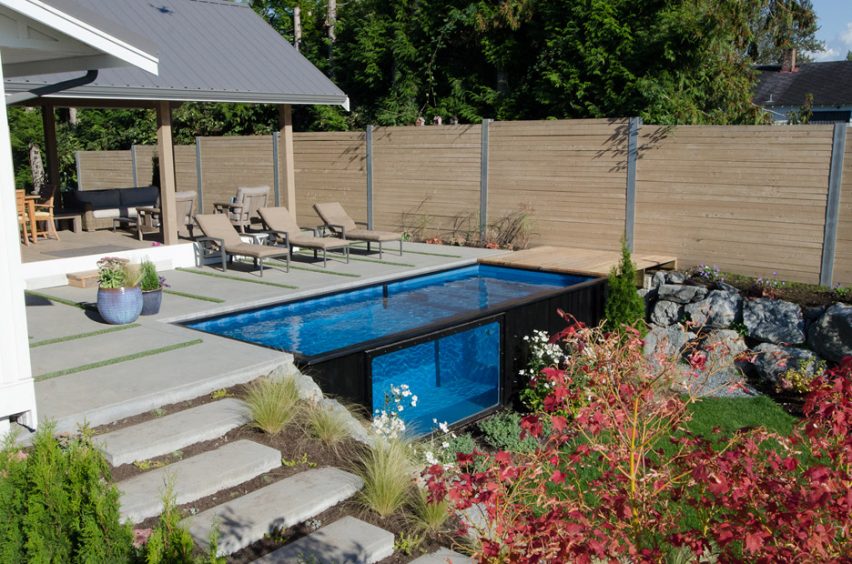 The couple – who has three kids and is based in Abbotsford, British Columbia – was inspired to start the company while travelling on vacation and noticing that pools that are becoming more compact.

“I came up with the idea when on vacation in Palm Springs, California,” Paul Rathnam told Dezeen. “After the vacation, I came back to our shop and started building our first Modpool from the napkin sketches I drew up. It took around a year and a half to refine our Modpool and submit our patents.” 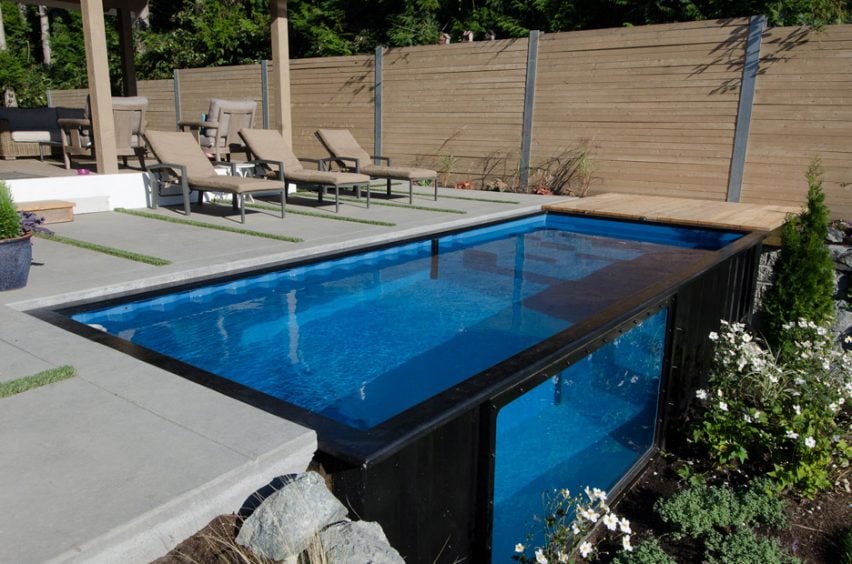 The containers are purchased from Chinese suppliers and are modified after being used to ship cargo to North America. “Once the cargo is unloaded, we bring the containers to our factory,” Rathnam said.

To make the container suitable for use as a pool, various structural modifications are made, including adding a heavy-duty pool coping to the top edge. “This gives the container walls the strength to hold in the 4,800 gallons of water,” Rathnam explained. 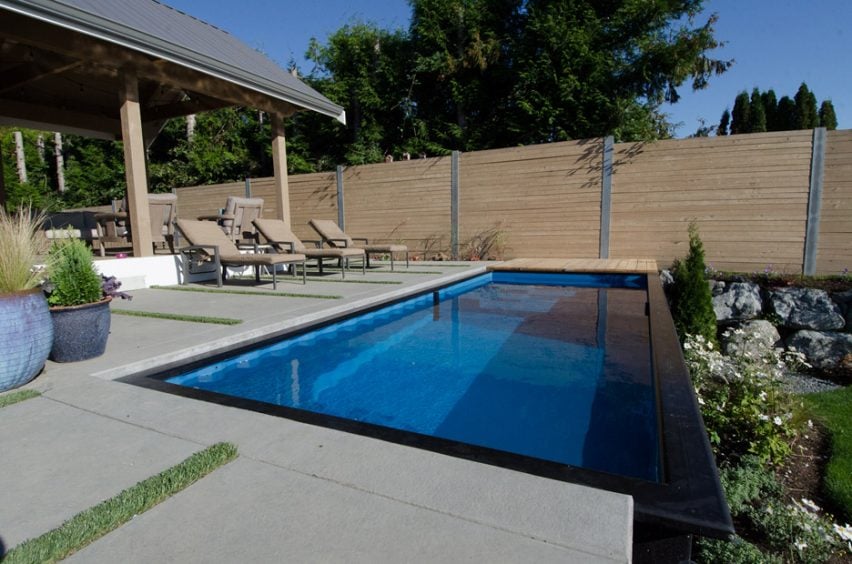 A portion of one wall is cut away to make room for a viewing window measuring 1.2 by 2.4 metres (or larger if requested). The pool also comes equipped with an interior partition made of sturdy, heat-resistant plastic that is used to separate the pool from the jacuzzi. 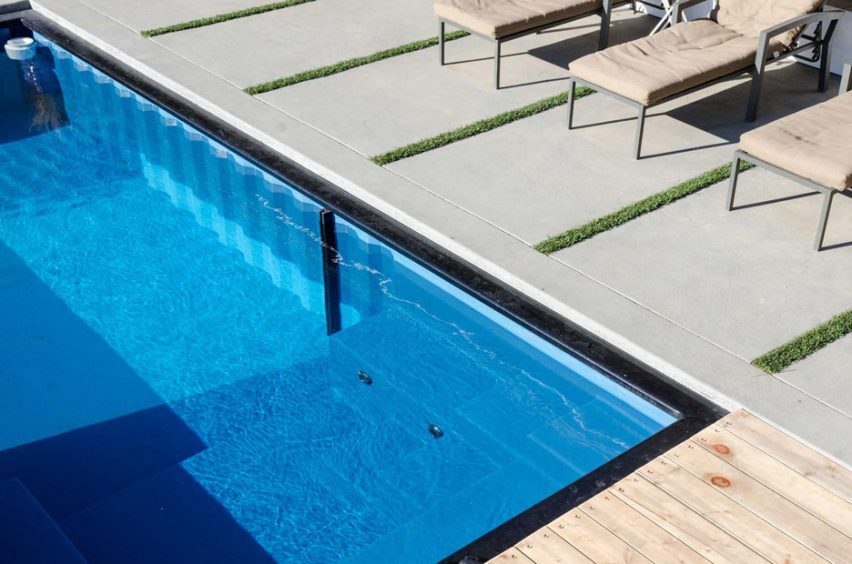 “During the winter months, you may only want to use the hot tub portion,” the company said. “To reduce energy consumption, simply slide your divider wall in place to create a water barrier.”

The pool’s temperature, jets and lighting can be controlled by a tablet or smartphone app. 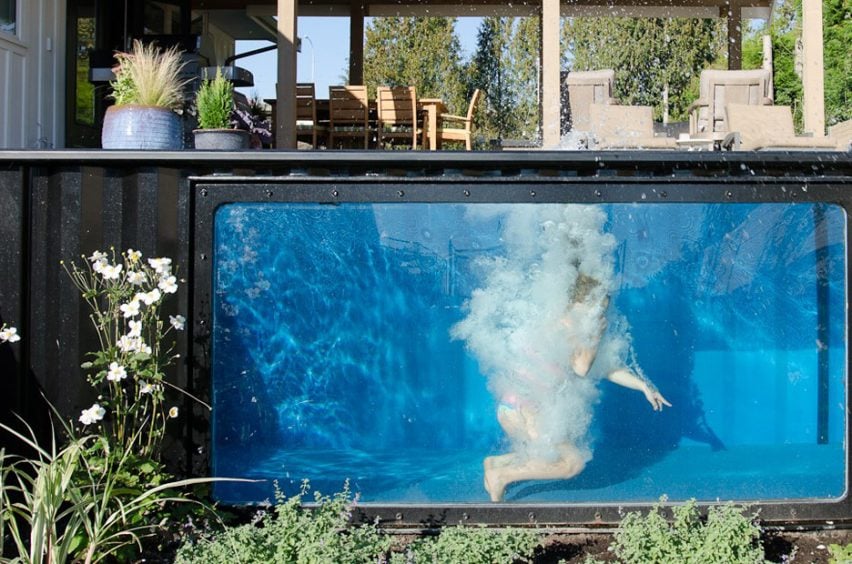 Pumps can convert the pool into an “endless swim spa”, in which a strong current enables a user to swim in one place.

“This system is also very helpful for low-impact exercises and is great for people with joint paint and other ailments that may keep them form traditional exercises,” the company said. 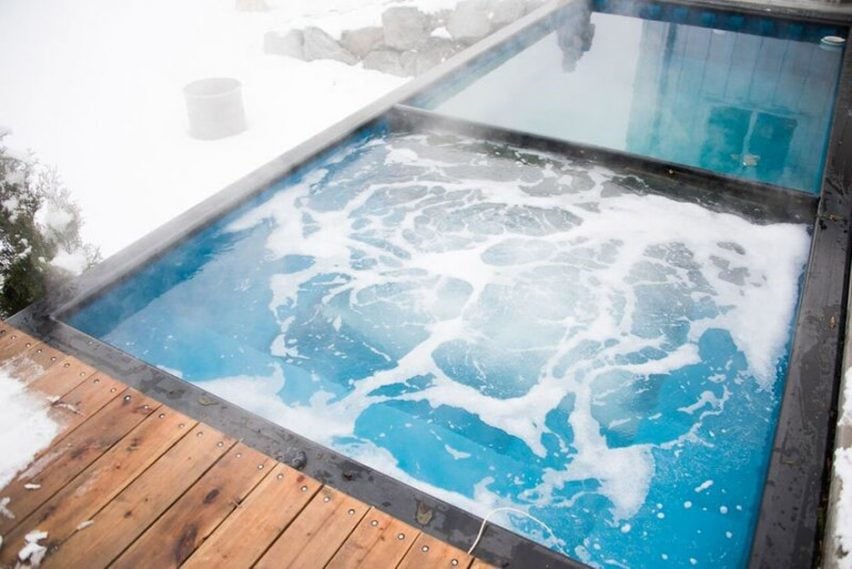 The typical production time is between six and eight weeks. To install the pool – either above or below ground – the company works with local contractors and advises on proper installation procedures.

“Ground prep will likely be required,” the company said, noting that 20 centimetres of compact gravel or a concrete slab would make for a suitable bed. 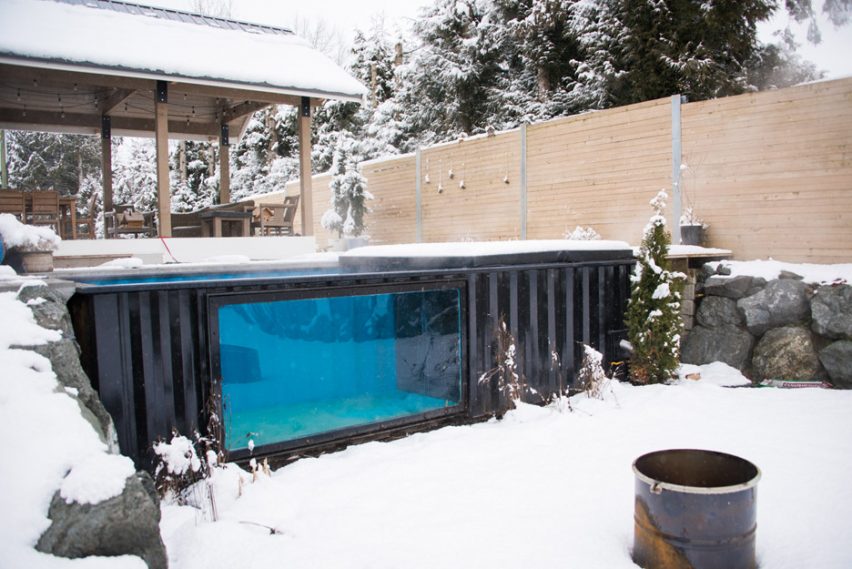 For the pool to function properly, customers must ensure connections are made to a natural gas or propane line, which fuels the heater. The pool also needs electrical service and a designated groundwire.

Unlike conventional pools, which can take weeks to pour and cure, a Modpool can be “up in running within minutes of its arrival”, the team said. 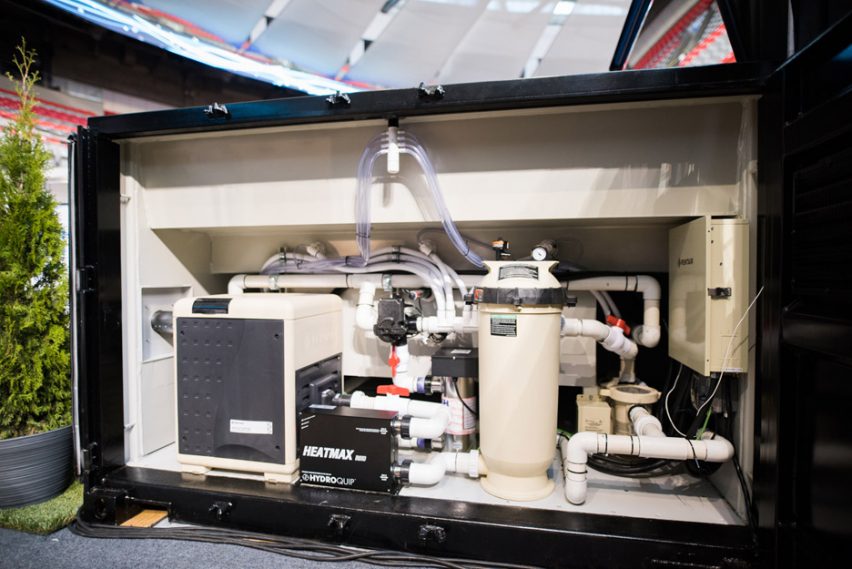 Without water, the pools weigh from 3,855 to 5,443 kilograms. The containers come in black but can be painted different hues. 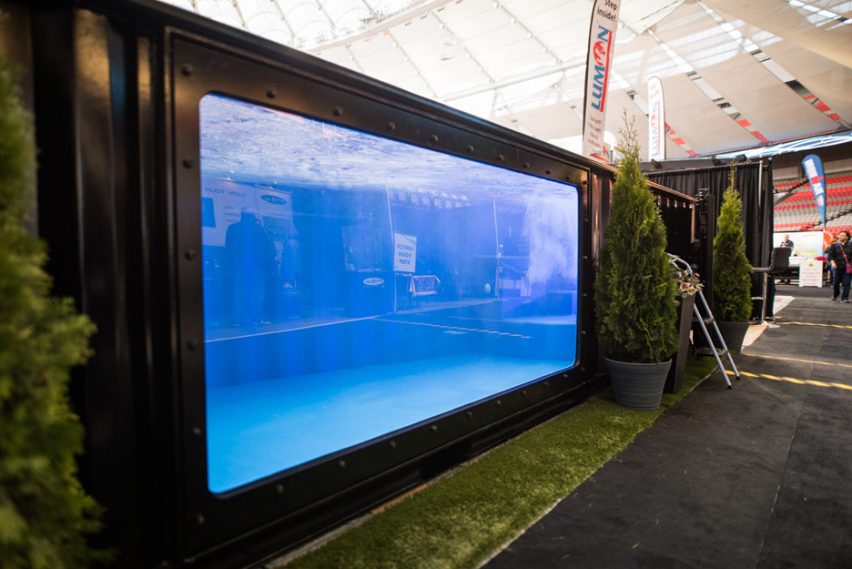 Various covers are available, including some that snap close and others that can be closed electronically. The pools can be shipped worldwide, according to the company.

Shipping containers are being reused for everything from micro homes to proposed skyscrapers. Examples include a mobile boutique for the luxury sportswear brand Needs & Wants and a pop-up cinema by Scott Whitby Studio, which was filled with over 1,000 foam pyramids.