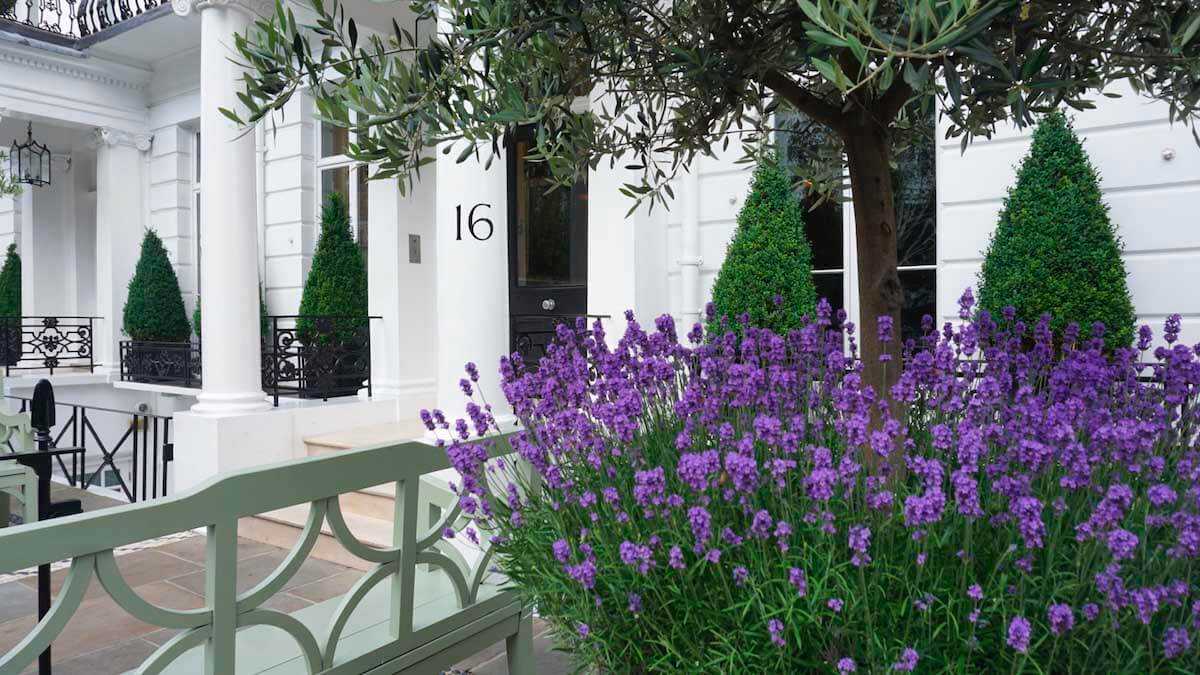 Like most of Europe, London felt as if it had been shoved inside a pizza oven at the weekend and we were on a desperate hunt for a drinking spot in the shade. Trying our luck in Chelsea, where blonde and bronzed young things seemingly all called Hugo or Henrietta were spilling out onto every available shaded terrace in the neighbourhood, it felt like a very foolish endeavour. Only, we had a lucky number up our sleeve. Number Sixteen. I was already attempting to Instagram the giant potted olive tree sprouting from a bed of lavender outside before I even realised we’d arrived at Number 16 Sumner Place. Blink and you would actually miss it, the mid-Victorian white stucco terrace house blends ever so inconspicuously with the rest of the multi-million pound private residences. Number Sixteen is a boutique hotel that feels less like a hotel and more like the London pied-à-terre of your wealthy bohemian fairy godmother, god bless her. Float through a series of deliciously Alice in Wonderland-esque living rooms to the Orangery, the in-house restaurant which begins in a bright conservatory and leads out onto a private, leafy garden where all of a sudden, it becomes hard to believe you’re still in the heart of London. Just about the only noise disturbance here is the over-sized goldfish belly flopping in their shallow pond that runs down the centre of the garden, stopping before a wooden gazebo with cushioned seating and a table set for afternoon tea. I should probably mention at this point that we’d come uninvited, or at least, without a reservation. We’d been informed over the telephone that the garden was fully booked, but seeing as we’d ‘coincidentally’ stumbled by, we’d double check there wasn’t a spare table they’d forgotten about in the bushes. Lo and behold, there was. According to staff, this table, which also happened to be the best and most secluded one in the garden, was out of commission due to a slight issue with pigeon poop. Yes, pigeon poop, allegedly the fault of the old oak tree which tends to be a preferred rest stop for the local birds. We bravely insisted we would take our chances and I suggest you do too, because during our entire four hour stay, not a single feathered creature perched itself above our heads for a bathroom break. And yes of course we stayed for four hours. When you find a spot like this in Chelsea, you hold on to it for dear life. We extended our stay by ordering afternoon tea at £22 a head, a price surely worth our very own secret Chelsea garden. Even if I am letting the secret out, Number Sixteen won’t ever feel like it’s become too popular because there are only 10 tables, and even at capacity, you’re far enough away from the next table in your own little Tuilleries-type enclave to feel like you still have the place to yourself. If you make a booking, ask for the table in the gazebo or under the oak tree. Proceed to enjoy your jam and scones in a little slice of London paradise.

Living the High Life at the Mushroom House
Peering out of the tree-tops in Pittsford, New York is a collection of pods whose aesthetic falls somewhere between Alice...
70 Me gusta 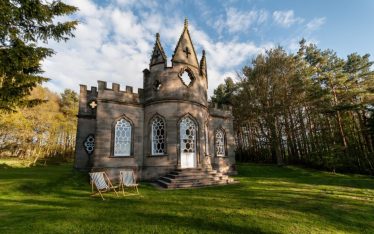 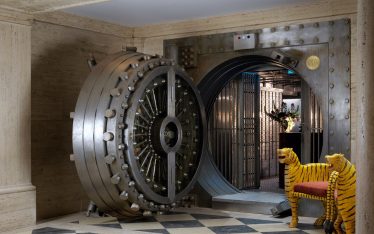